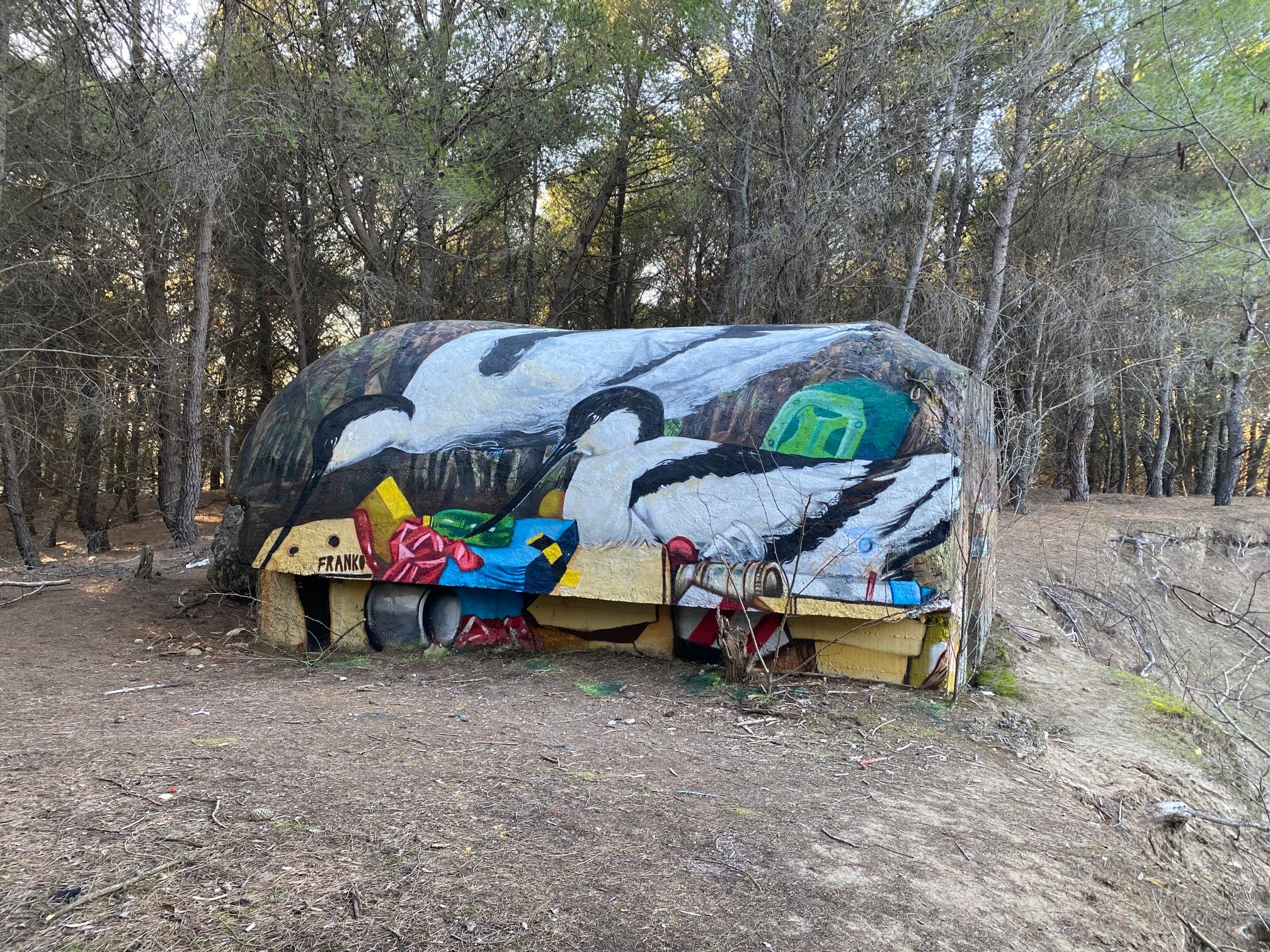 In one of the bunkers in the Vjosë – Nartë protected landscape has been realized a mural, aiming to promote some of the most prominent bird species of this area, and also transforming it into a touristic attraction, for locals and foreigners.
This mural presents two of the most interesting species present in the Vjosa-Narta protected landscape; Pied Avocett (Recurvirostra avosetta), the largest population of which is located in this area, but at the same time holds an endangered status according to the Red List of Fauna and Flora of Albania; Dalmatian pelican (Pelecanus crispus), a symbol of our country, which uses this area as a resting and feeding site.
In continuity will be drawn other graffiti in different places of Albania, as a way of raising awareness about critical issues.
This mural was realized within the project ‘Land of Eagles and Castles II’, funded by CEPF.
Thank You Franko Dine for this great work 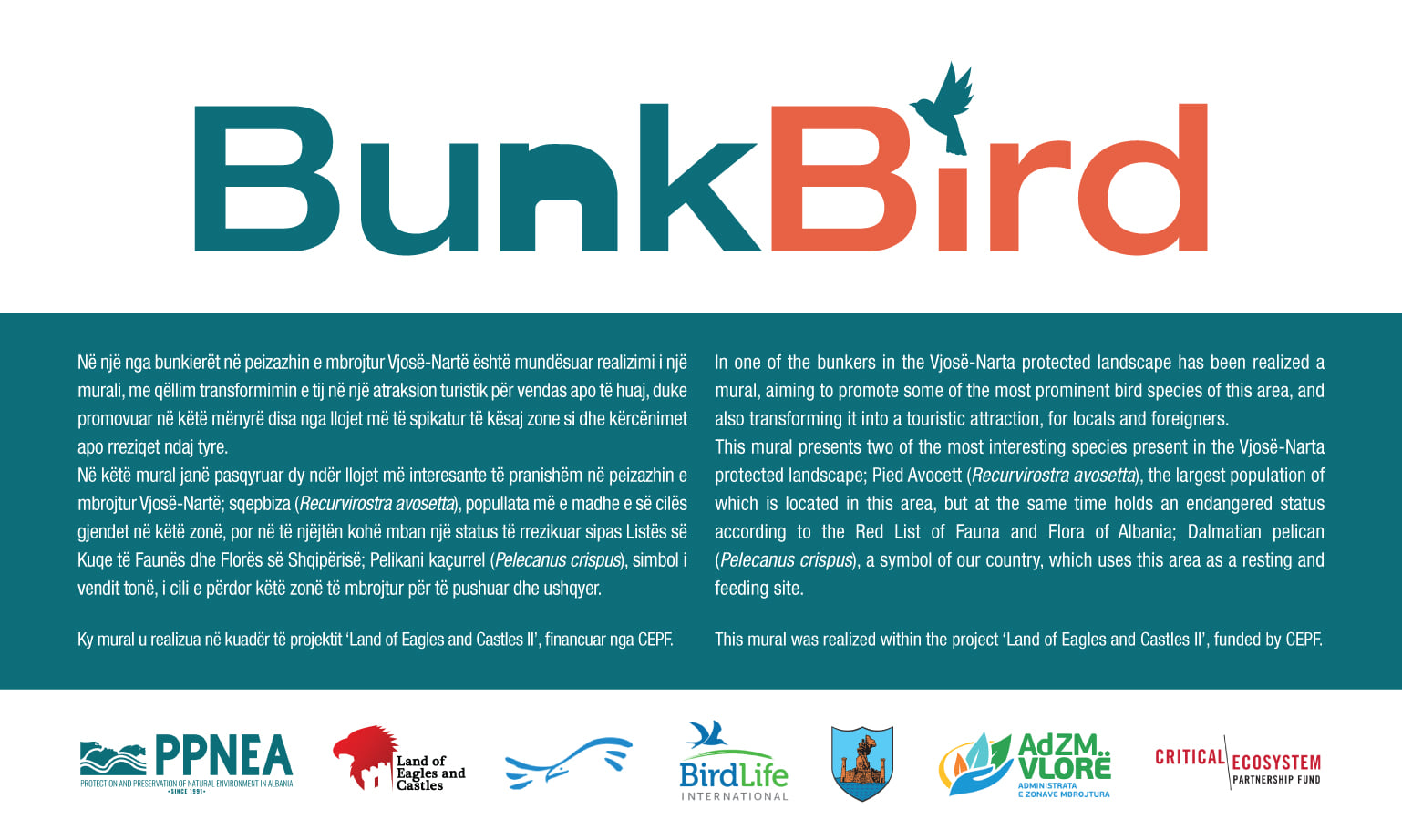