Dalmatian Pelican is one of the largest bird species in Europe and in World with a wingspan of 270 – 320 cm and 170-190 high. It weight up to 15 kg makes also the heaviest flying species in world. The adults have a greyish-white plumage, grey legs and its lower mandible converts to red during breeding season. The immatures pelicans are grey and later also has darker flight feathers. This pelican migrates short distances.

Dalmatian pelicans often hunt alone and rarely in groups. They diet is composed mainly by different type of fish.

The Dalmatian Pelicans form large colonies and prefers lakes, rivers and deltas. In Albania the only breading site for this species is Divjake – Karavasta National Park. This species usually migrates in short distance 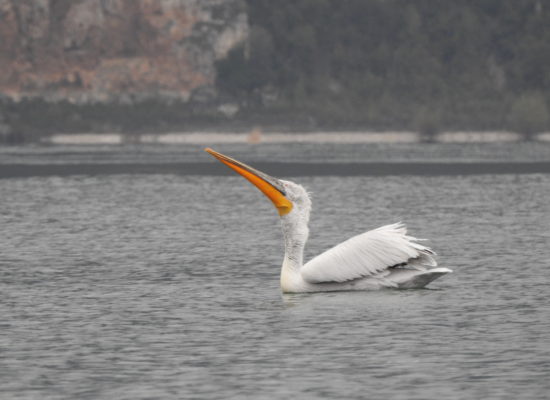 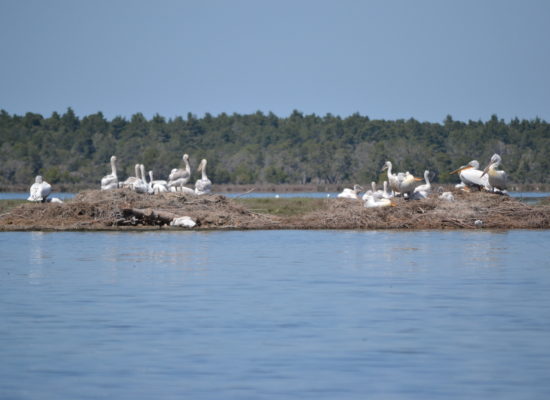 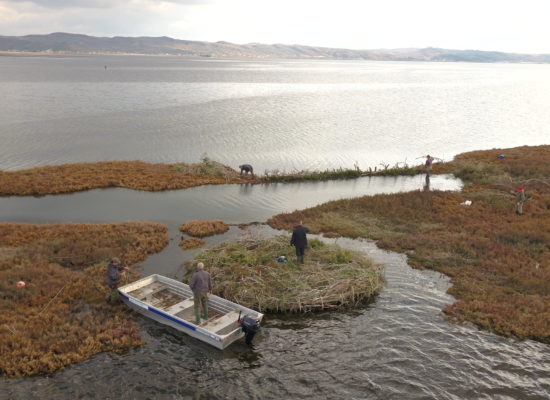 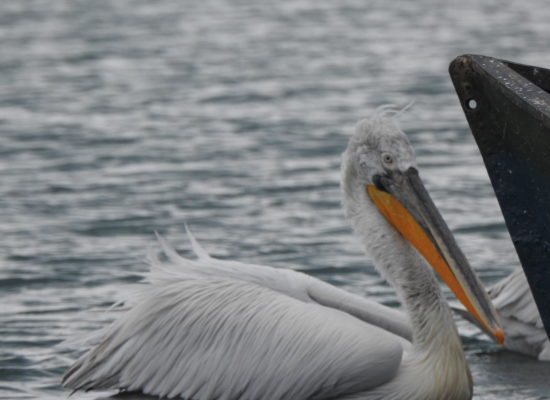 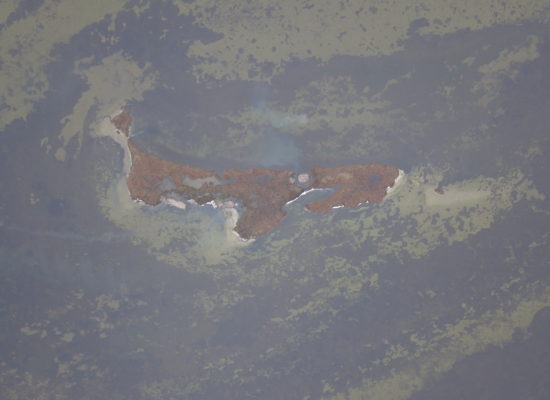 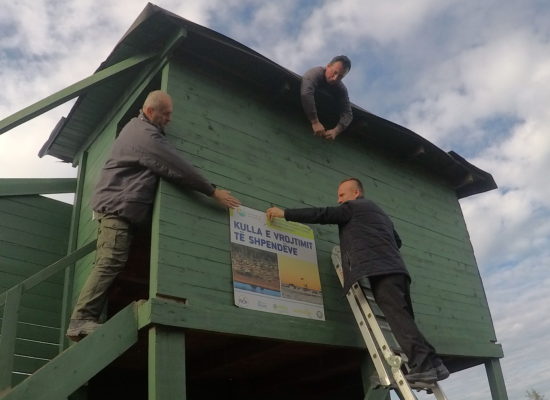