Egyptian vulture is 55 – 65 cm high, weights 1.6 – 2.2 kg and its wingspan goes 155 – 170 cm. Adult has white plumage with black flight feathers in the wings. The facial skin is yellow and unfeathered down to the throat. Young birds have brown color. The Egyptian vulture is a migrant. In September both young and adults fly south to spend the winter months in Africa. In spring they fly over thousands of kilometers back to their nesting territories. As soon as the pairs arrive in March-April both birds start improving the nest. First they build or strengthen the base by entwining twigs and branches; then they meticulously cover the interior with wool and rags. In the end the nest is decorated with bones, tortoise shells and other leftovers from their diet. In April-May the female lays 1-3 eggs. Both parents sit on the eggs.

The Egyptian vulture, as other vultures, feeds mainly on carrion. Therefore the vulture family is known as ‘nature’s caretakers’. The Egyptian’s diet also includes insects, larvae, frogs, lizards and tortoises which it catches alive. It can be seen patrolling the roads in search for road kill. It also frequents local dumpsites. The bird is well-known for its intelligence – it’s among the few bird species in the world to use tools. In Africa the vulture can often be seen breaking abandoned ostrich eggs using a stone.

This species prefers open hills and low mountain ranges. Its main nesting sites are cliffs and rocky slopes, often close to human settlements. The nest is located in niches, ledges and crevices in the cliff face. One nest is usually occupied for several years. The species is monogamous; in Ancient Egypt it was revered as a symbol of parental care.

Egyptian vulture is a globally endangered species, included in the IUCN Red List as “Endangered”. Its global population is estimated at 21 000-67 000 individuals with a steady negative tendency. It is strictly protected by the Bern and Bon International Conventions, as well as by the Convention on International Trade in Endangered Species (CITES). In the past, the Egyptian vulture was wide-spread throughout Bulgaria and Greece with high population numbers. Today the Balkan Peninsula is home to less than 90 pairs. The species is included in the Bulgarian Red List and is protected under the Biodiversity Act. 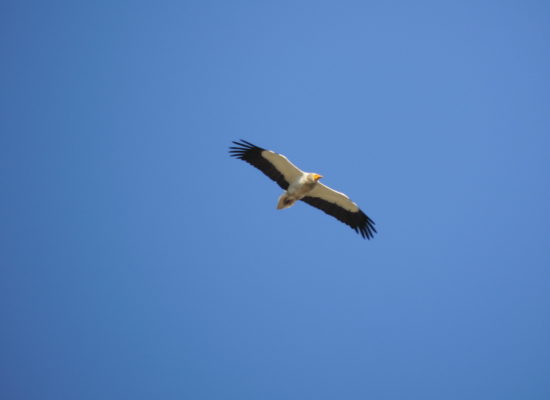 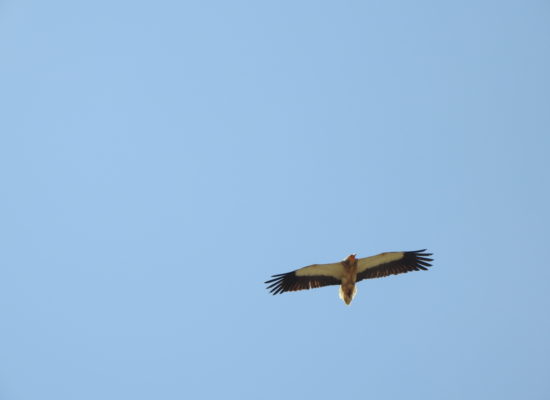 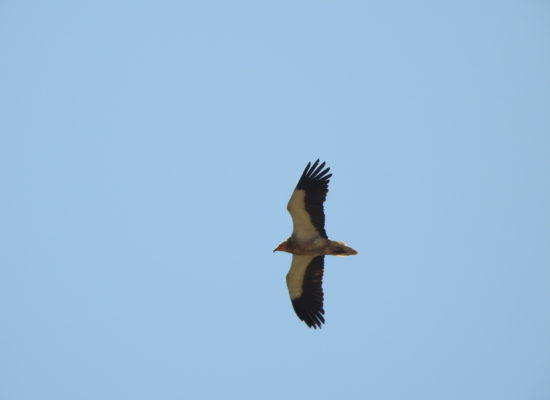 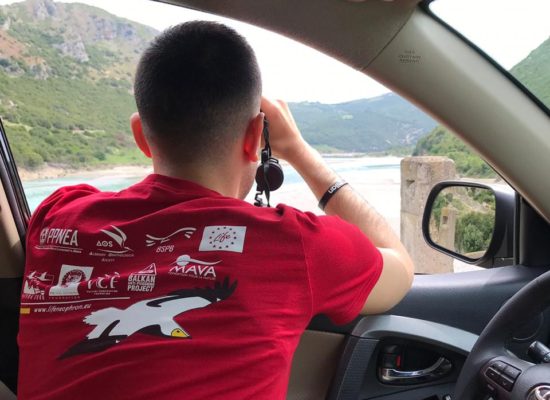