0
The year 2021 marks the 55th anniversary of the International Waterbird Census. This programme represents the largest citizen science activity organized in 143 countries around the world, with the aim of counting birds across thousands of wetlands around the globe.
Efforts to implement the waterbird census in our country date back to 1993. However, the significant lack of human resources in the field of ornithology, at that time, made impossible the implementation of the census methodology, despite the fact that the results are acceptable in the form of wintering bird monitoring. The methodological guidelines for this census require counting to begin and end within the weekend marking mid-January. In the past, this activity has been carried out over a long period of time, while bird populations, as it has been proven, move from one wetland to another (inside or outside the country), causing the same individuals or bird populations to be counted two or more times, or even never, increasing, thus, the level of error in the gathered results. This phenomenon is especially present in our country, where wetlands are located next to each other and have very similar characteristics.
At the end of 2015, PPNEA suggested and asked the “Natural” project to support this activity, a request which was kindly accepted by them. Thanks to the support provided by such a project, 2016 marks the beginning of the organization of the Waterbird Census on the appropriate methodological pillars in Albania. Our team, at this period, managed to mobilize a large number of people and institutions, both national and international.
Since then, this activity is organized in cooperation with the National Agency of Protected Areas, together with environmental experts and NGOs. Thanks to the increased quality of implementation, this activity has become a vanguard of wild bird monitoring in our country.
Which indicators show the increased quality of the census implementation?
Improving the organization of the International Waterbirds Census is a case that shows what we can achieve if we have the will and dedication to work for our nature and country. We are grateful to all those who have been part of this progress. Our team is committed to achieving excellence also in other important wildlife monitoring schemes in Albania.
PPNEA and “Birds of Albania”, together with RAPA Vlore, Gjirokaster dhe Diber, will cover some of the most important wetlands in the country, such as the Vjose-Narte Protected Landscape and Butrint National Park, not excluding other areas, such as Orikumi lagoon, Blue Eye, Bulo Reservoir and Ulza Lake.
Join us on 15th-16th-17th January! 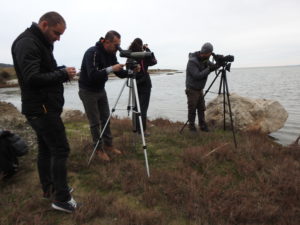 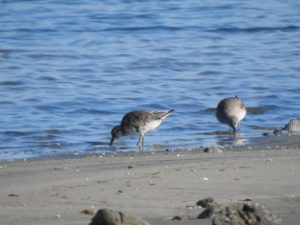 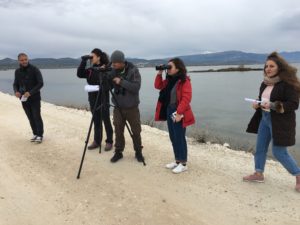 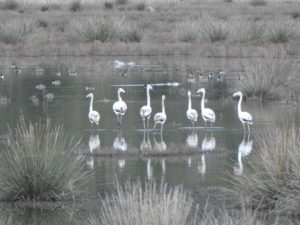