Bear weight comes to 140-160 kg (females)  and 170-190 kg (males). Males live singly and join females for about three weeks only during a mating season, which may take place between May and August. Pregnancy lasts on average 7.5 months. Males do not participate in bringing up the young. Young cubs are born in winter (January-February), during hibernation of the mother. Usually a female bear gives birth to young every three years. If, however, environmental conditions are unfavorable, this becomes every three years. On average, a little consist of 2 cubs. The cubs remain with their mother for about two years. In winter bears hibernate in lairs. Their sleep can be easily interrupted, particularly by sudden warming or noise.

The brown bear is an omnivorous animal. It feeds mainly on forest fruit, seeds, tubers and roots, as well as on herbaceous vegetation, and in agriculture areas also on grain and fruit in orchards.

Bears mark their territories with mainly visual signs. These are deep scratches and even tearing off their huge fore paw claws. Usually they are made on thick spruce trunks growing along intensively used footpaths. These scratches are located high above the ground; often resin leaks out of them, creating light strips against a dark background of bark, well visible from a distance. Distinctive footprints of adult hind foot about same size as humans, but broader and prominent claw marks. Size of footprint from hind foot: up to 22 cm long at the age of 5 years.

Brown bears (Ursus arctos) are widely distributed in Albania, mainly in the mountainous regions of North, East and South-East, forming an important part of the larger Dinaric-Pindos population. Brown bear population in Albania is estimated 180-200 individuals. It is fully protected by Albanian legislation and International Convents.

According to IUCN Red List is classified as Least Concern (LC) and this species is listed in appendices II and IV of the Habitats and Birds Directive. Illegal hunting, forest logging and degradation, illegal capturing and keeping it in captivity are  the main threats that have impacted on brown bear size population reduction in Albania.

Since 2014, PPNEA has undertaken concrete action to combat these threats. Here we can mention monitoring of currently captured bears and watchdog the continuum of illegal capturing practices, increasing public and institutional awareness, supporting the ongoing activities of field ecological research for bear status in Albania. 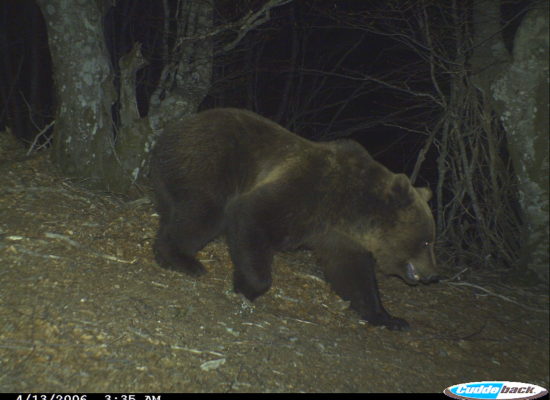 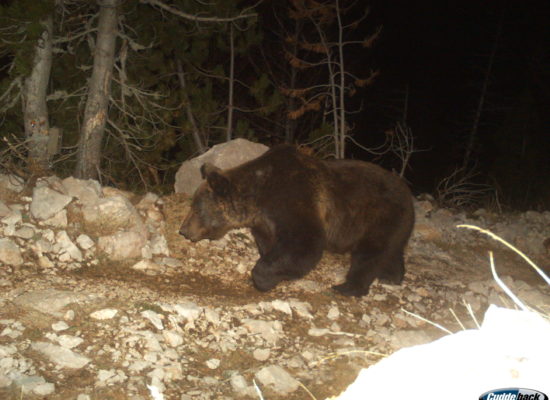 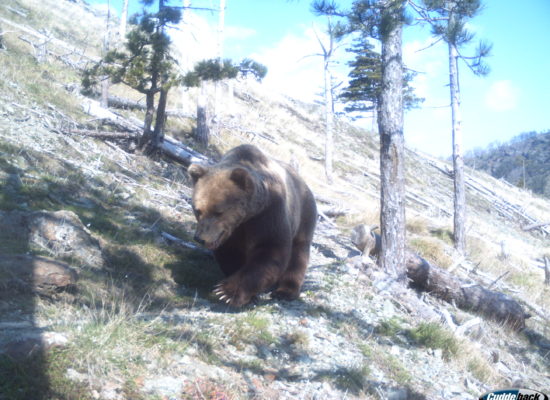