The Balkan lynx is the third largest predator in Europe, Balkan region and in Albania after brown bear and wolf. Body mass of adults ranges between 18-25 kg and it lives 17-25 years. Total body length is 80-130 cm and 60-75 cm in height. The appearance of the lynx is very characteristic. It has long legs and large feed, a round head with a short neck, triangular ears with black tufts and a short black-tipped tail. The claws are sharp, strong, hooked and retractile. They do normally not mark in the footprint. Lynx belong to the spotted cats. The coat is grayish with different tints at the back and flanks, but whitish at the belly. Mating takes place from February to mid-April. Birth takes place after 60 – 70 days, usually in late May. Litter size varies from 1-5, but most often, 2-3 kitten are born. Kittens follow their mother until the next mating season and leave the mother at an age of 10-12 months.

The main prey of lynx is roe deer, chamois and hear. In areas with low ungulates availability, lagomorphs, birds and rodents can be an essential part of lynx died. A lynx’s consumption rate averages 1-2.5 kg of meat per day.

The lynx inhabits forested areas in the most of its range. Lynx are solitary animals, except for females and the young of the year. Both males and females occupy individual home range, which they mark with gland secretions, urine and faeces. The home range of the females are larger than females. Distances traveled by lynx per night ranged from 1-45 km.

Munella area is the home of the Balkan lynx in Albania, where a very small population of it lives and reproduce. Moreover, it occurs as well as in eastern (Shebenik-Jabllanica National Park, Stravaj Protected Area) and northern (Nikaj –Mertur Protected Area) part of Albania. Based on the data gathered by camera trapping survey, Balkan lynx population in Albania is estimated with no more than 10 mature individuals, where at least 4 of them lives in Munella area (Puka-Mirdita region).

Balkan lynx is mainly threatened by illegal hunting, forest logging and degradation and lack of prey. This subspecies is fully protected by Albanian legislation as well as by International Convents. It is part of CITES and listed in Appendix II of Bern Convention. 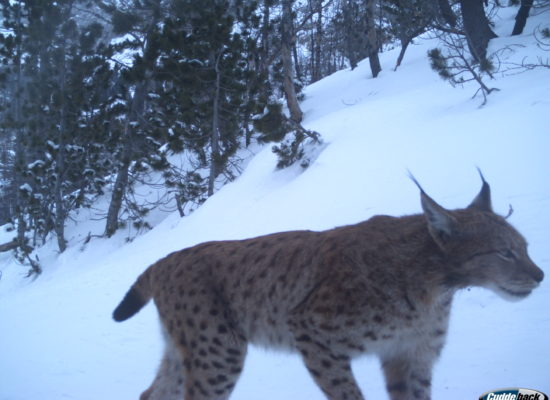 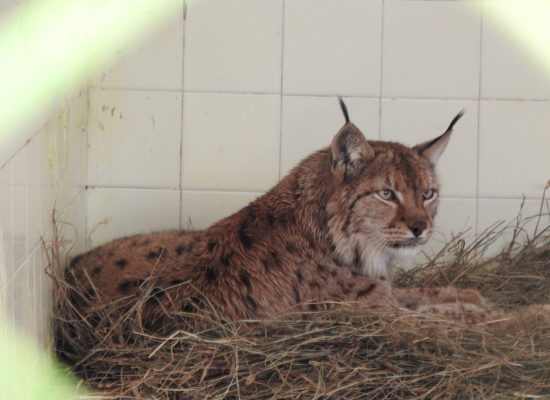 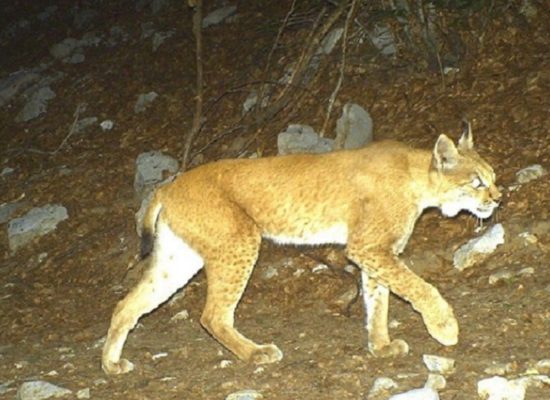