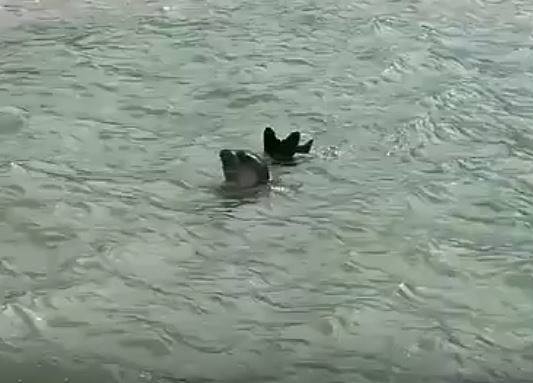 0
In the framework of the project “Easter Adriatic Monk Seal”, PPNEA has managed to receive evidences in video format regarding its presence in Saranda. Such evidence was secured during the process of interviews with target groups such as fishermen, divers, local communities and businesses. This video was registered by local fishermen, who exercise their activity in the area. According to them, this year they had several encounters with two individuals of this species. Based on the physical features, we think that one must be an adult and the other a young individual. Detailed information regarding the location, time, as well as the physical features were received while conducting interviews focused on the Monk Seal presence and local communities perceptions regarding it. Such interviews were conducted in Saranda, Ksamil and Himara. The attitudes towards the conservation of the Monk Seal were positive and the people were supportive regarding the case. PPNEA, with the support of several stakeholders and local community, will be constantly engaged in securing the optimal conditions for this rare species to breed along our coast. We would appreciate if anyone who observes the Monk Seal will report such observation to our organization.
Share on Facebook Share on twitter