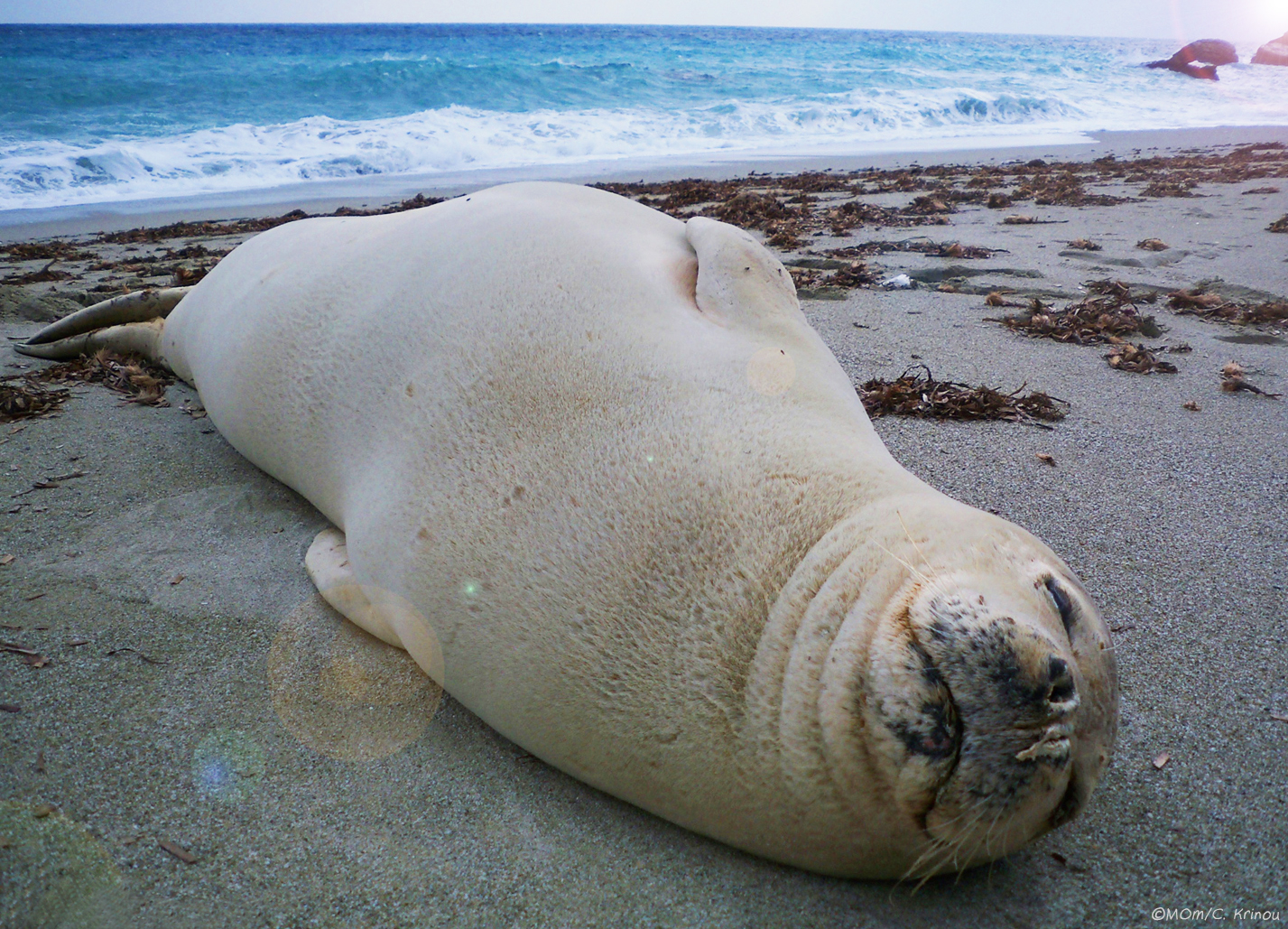 The differences between the two sexes are also located in the colour of their pelage. Females vary between brown-beige and grey-silver with lighter shades on the belly. Males are dark grey or almost black with a distinct white spot (patch) on the belly. New-born pups have a length of approximately 1 meter and weigh 15 – 18 kilos. Their dark brown or black fur has a length of 1 – 1.5 cm which is replaced, after 6 to 8 weeks, by the characteristic shorter fur of the adults. On their belly there is a big white patch; the shape of this patch differs between males and females and is unique for every individual.

According to the most reliable estimates, there are less than 700 individuals left worldwide. In the North Atlantic, two subpopulations exist: one at Cabo Blanco (“Cap Blanc”) at the border of Mauritania and Western Sahara and one at the Archipelago of Madeira. More than a half of the remaining population lives in the eastern Mediterranean Sea, and some are occasionally sighted along the coast of the Adriatic Sea. Greece is the last stronghold for the Mediterranean monk seal in the eastern Mediterranean Sea. With more than 16.000 km of coastline, Greece offers an ideal and most likely the last suitable extensive habitat for the species in the world.

According to IUCN Red List (2015), it is considered “endangered”. Persecution throughout the centuries has led to its disappearance from the biggest part of its range.