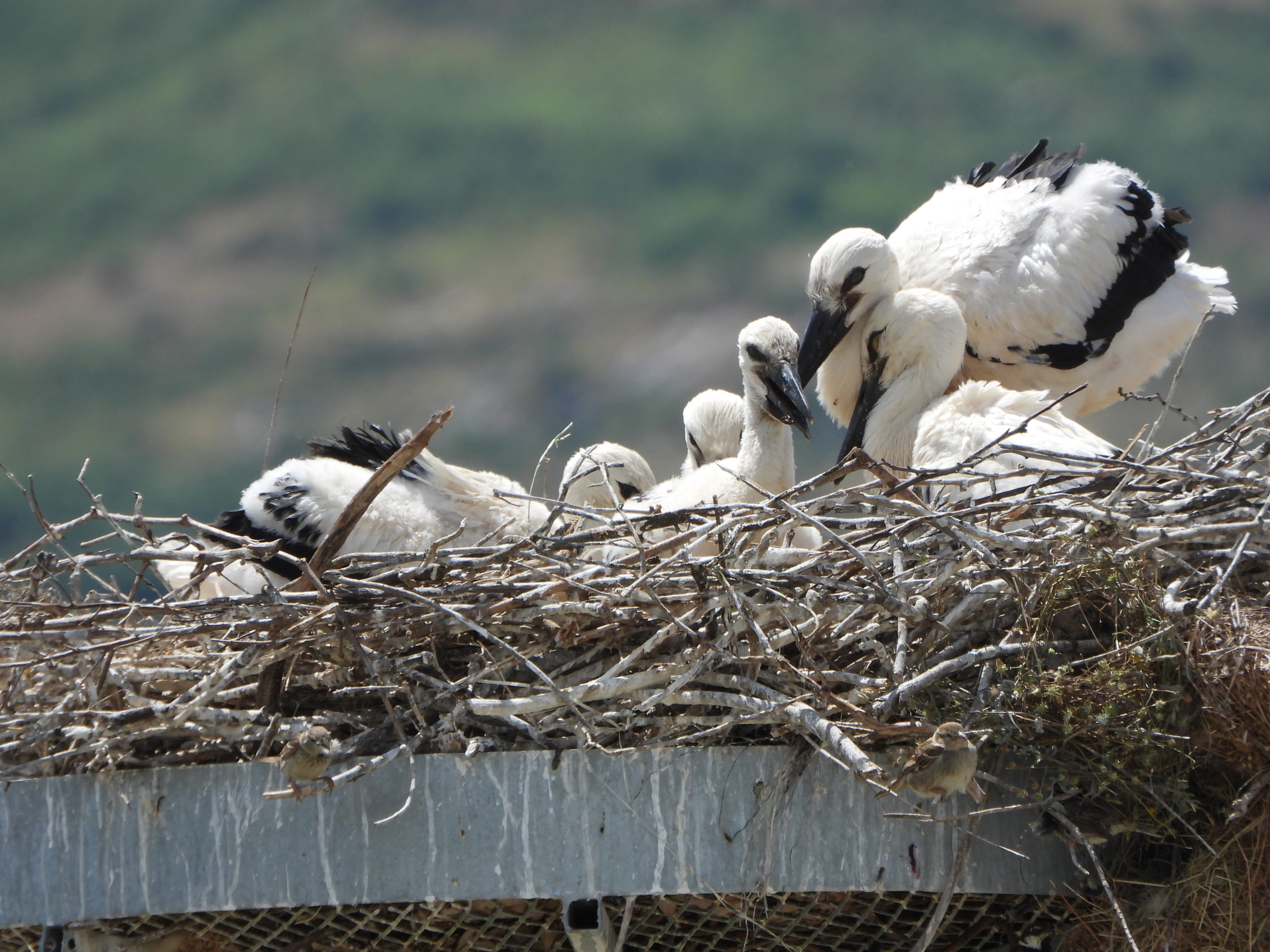 The White stork (Ciconia ciconia) is a large bird in the stork family, Ciconiidae. Its plumage is mainly white, with black on the bird’s wings. Adults have long red legs and long pointed red beaks, and measure on average 100–115 cm (39–45 in) from beak tip to end of the tail, with a 155–215 cm (61–85 in) wingspan. The white stork is a long-distance migrant, wintering in Africa from tropical Sub-Saharan Africa to as far south as South Africa, or on the Indian subcontinent. It is a monogamous breeder but does not pair for life. Both members of the pair build a large nest, which may be used for several years. Each year the female can lay one clutch of usually four eggs, which hatch asynchronously 33–34 days after being laid. Both parents take turns incubating the eggs and both feed the young. 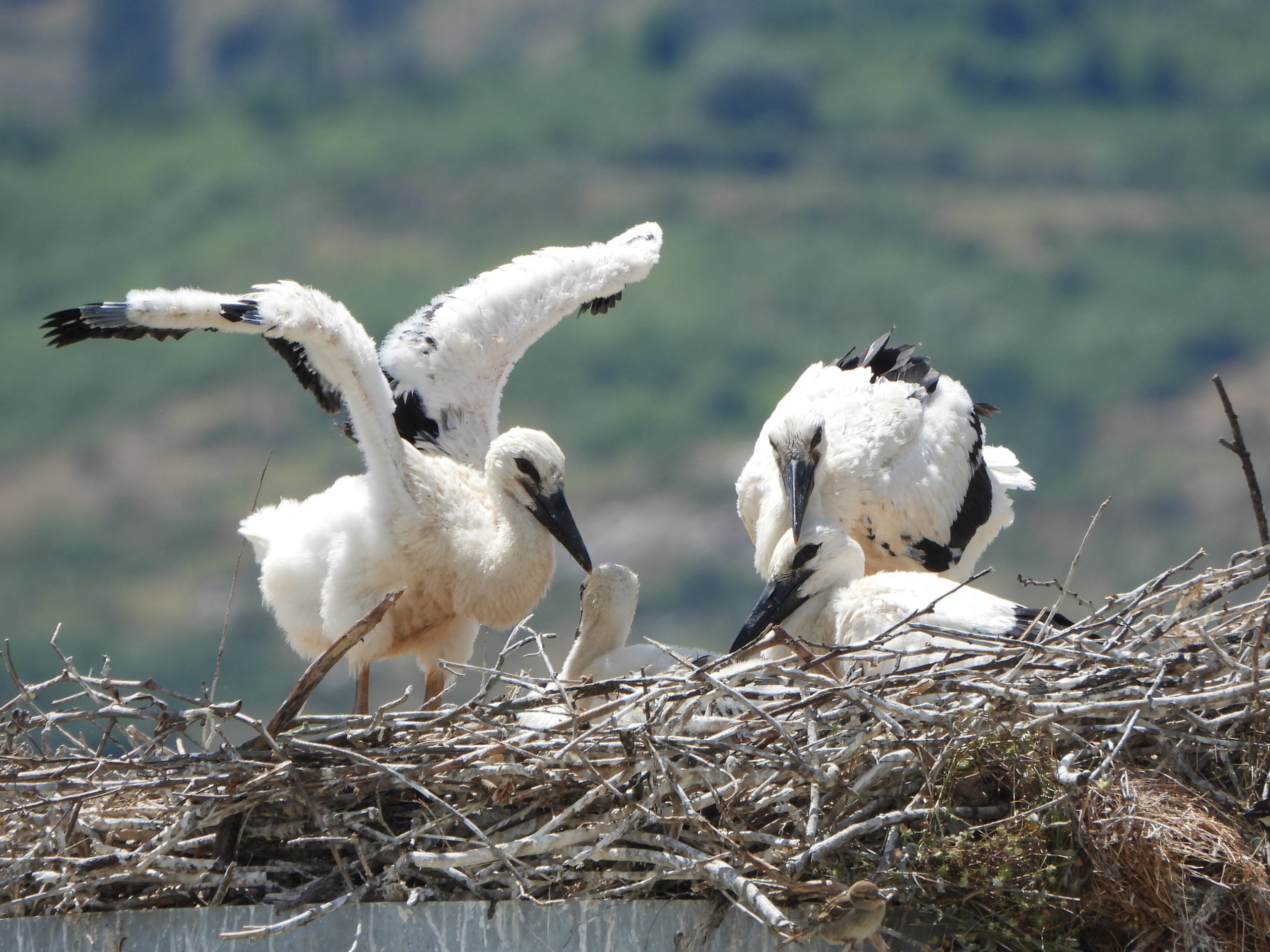 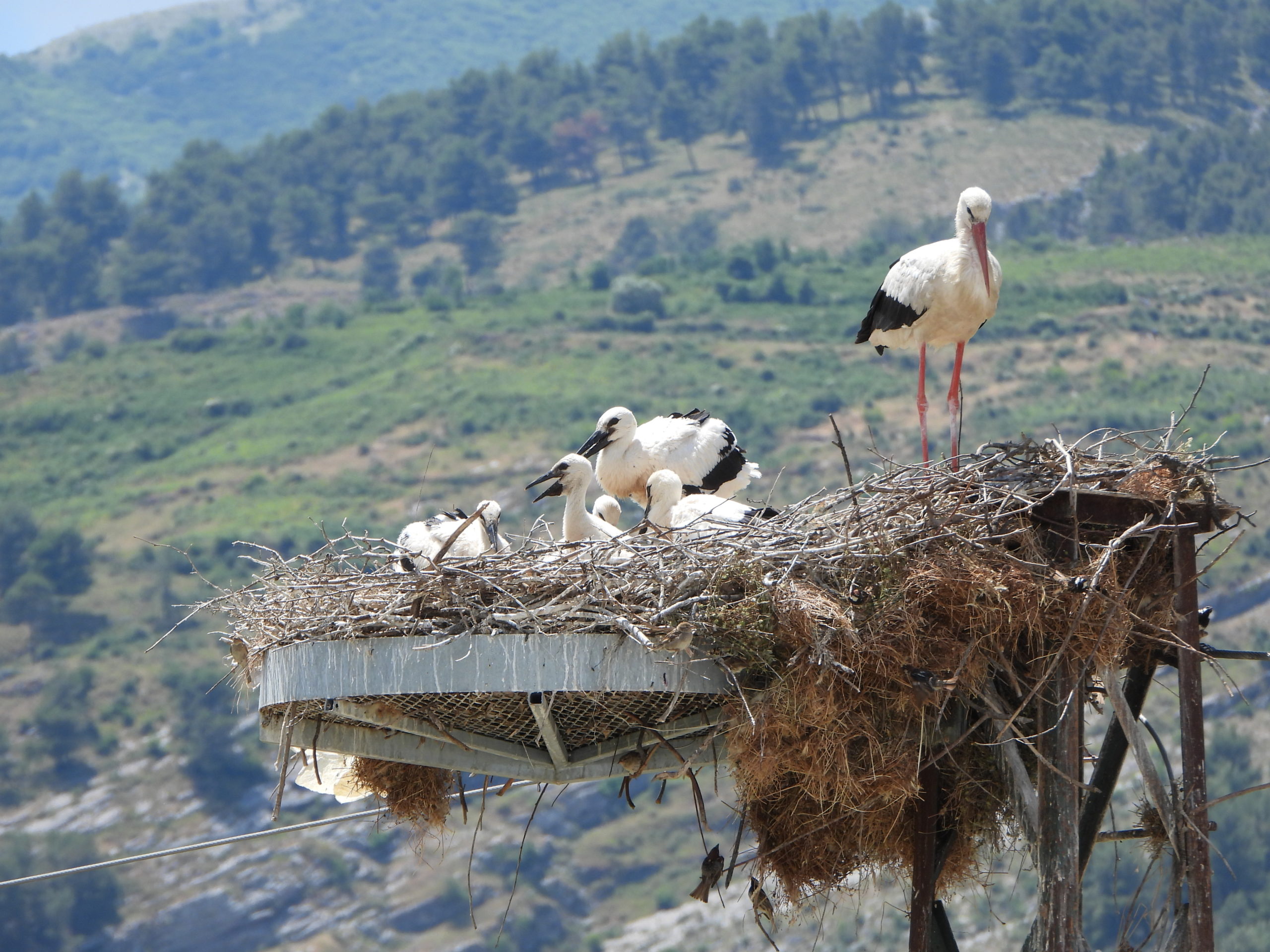 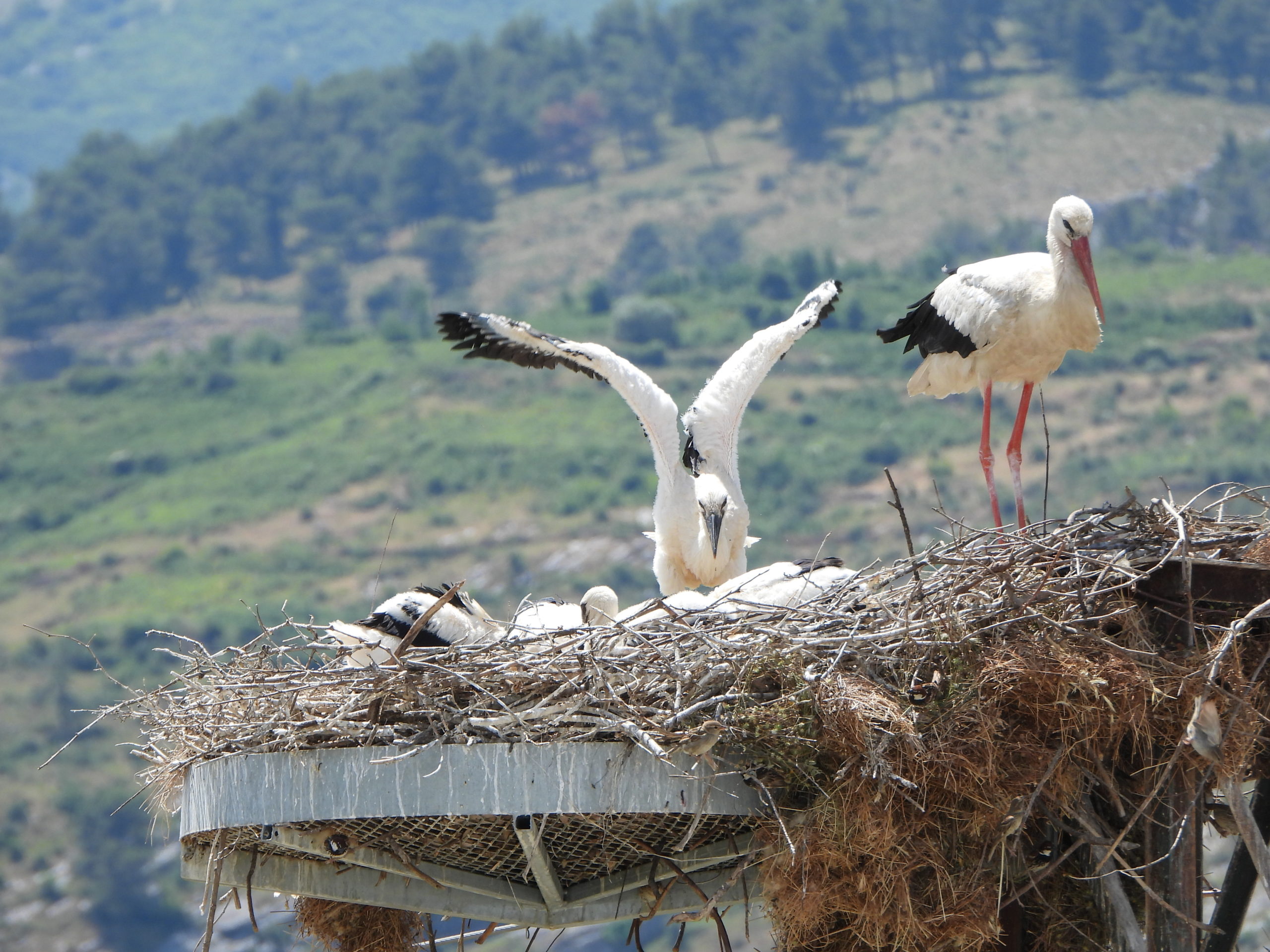 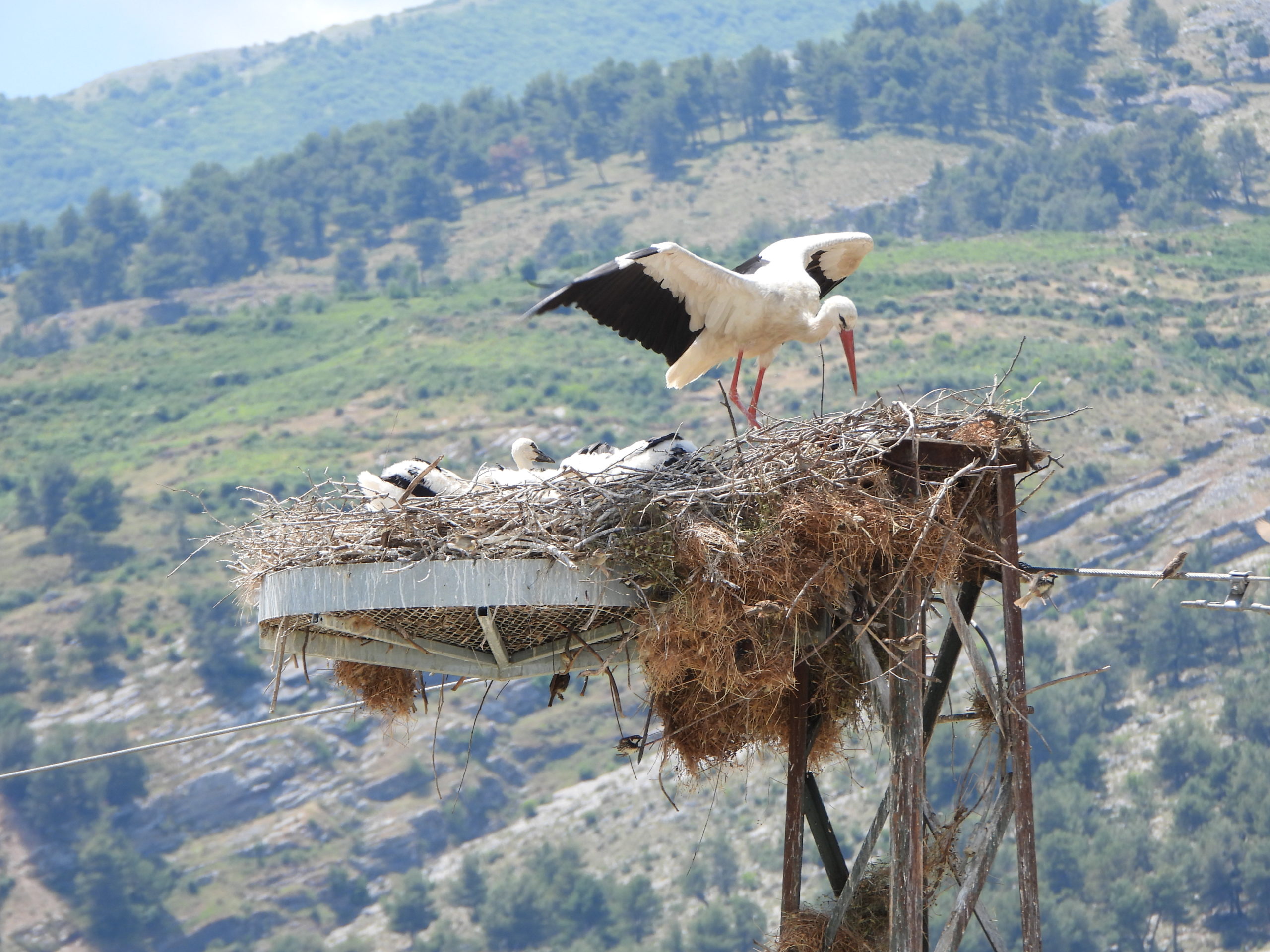 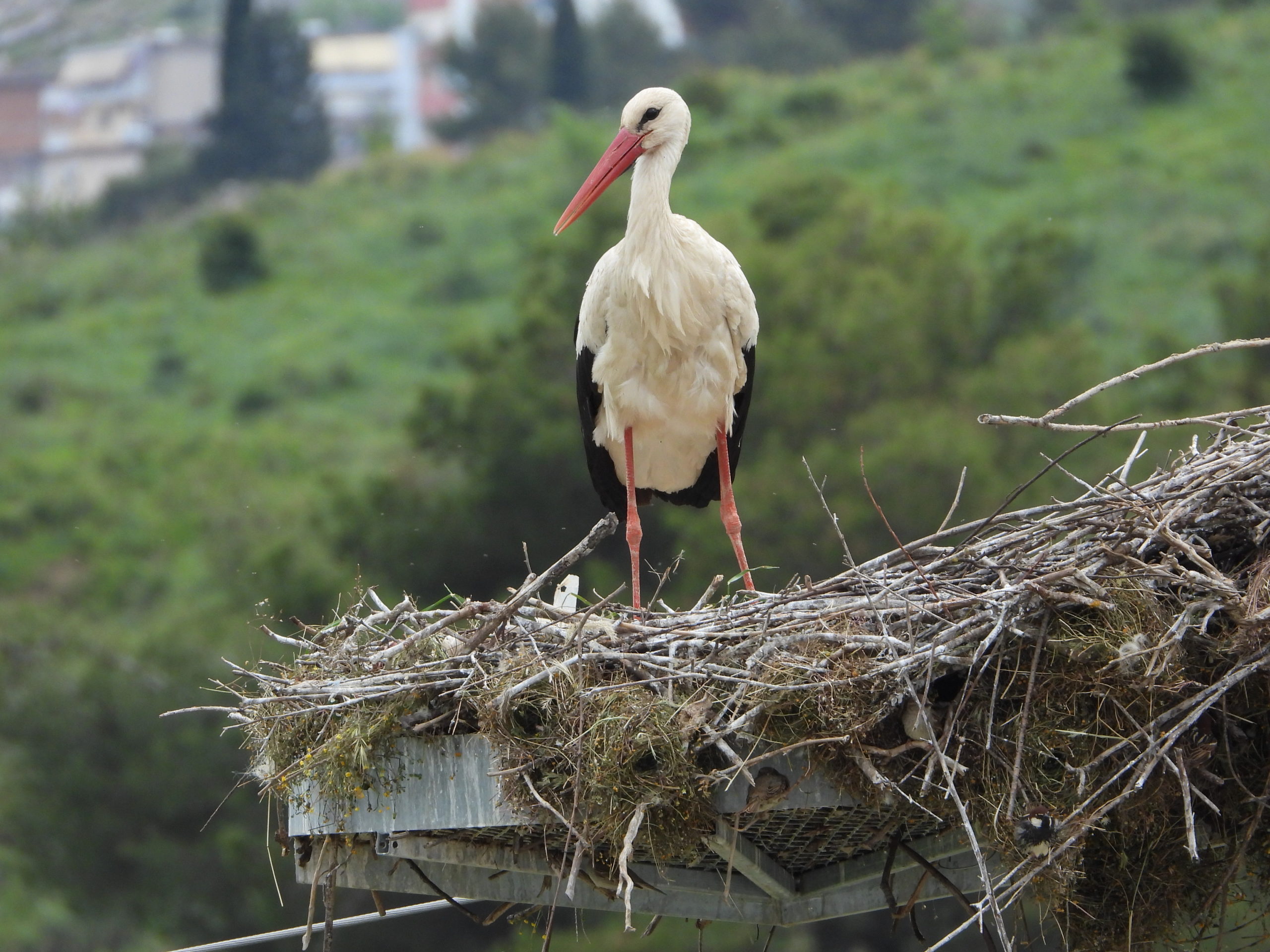 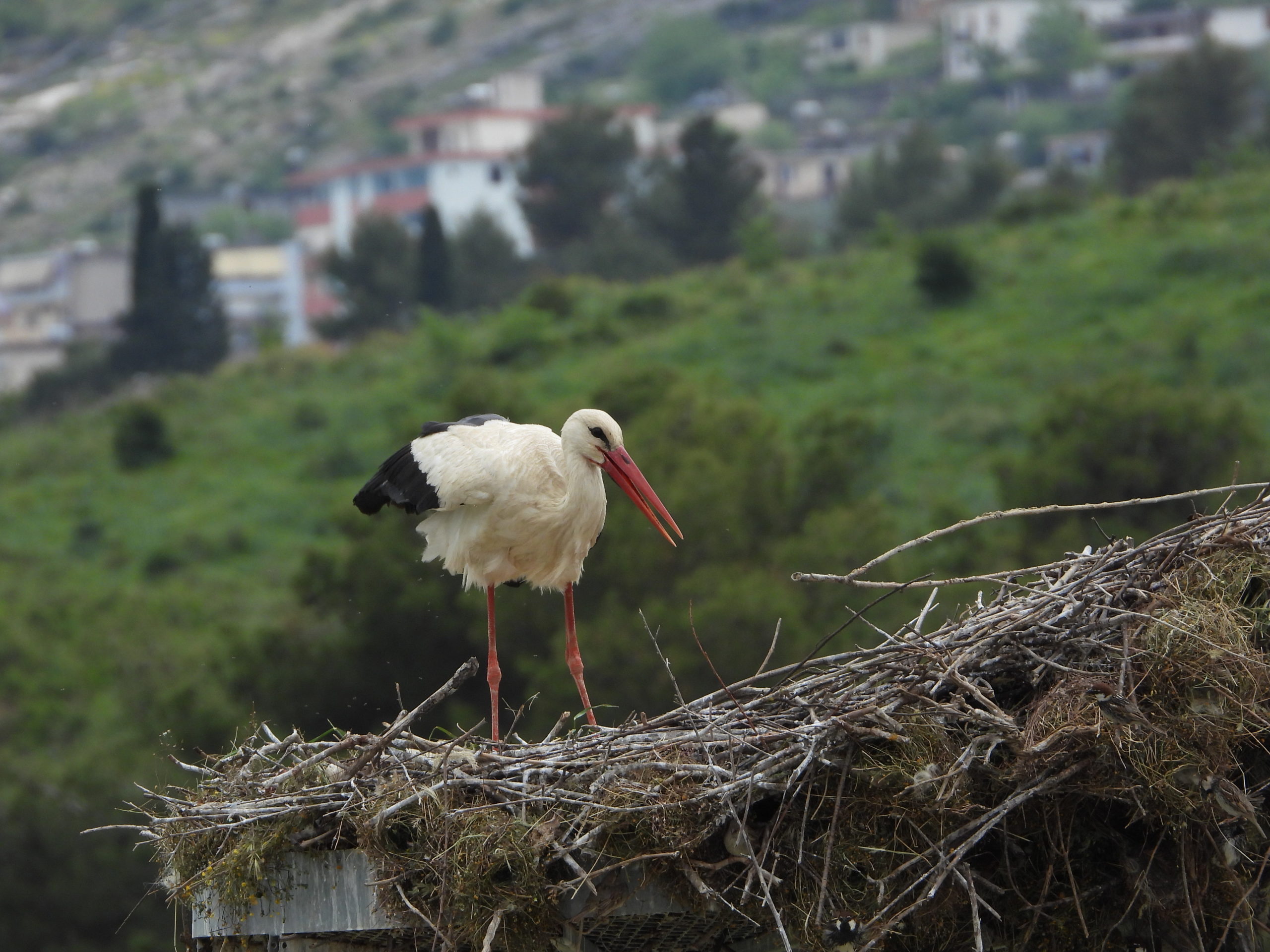 The white stork prefers grassy meadows, farmland, and shallow wetlands to feed. It avoids areas overgrown with tall grass and shrubs. The white stork breeds in open farmland areas with access to marshy wetlands, building a large nest in trees, on buildings, or on purpose-built man-made platforms such as platforms constructed on power pylons.

White storks consume a wide variety of animal prey. They prefer to forage in meadows that are within roughly 5 km (3 mi) of their nest and sites where the vegetation is shorter so that their prey is more accessible. Their diet varies according to season, locality and prey availability. Common food items include insects (primarily beetles, grasshoppers, locusts and crickets), earthworms, reptiles, amphibians, particularly frog species.

The white stork has been rated as least concern (LC) by the International Union for Conservation of Nature (IUCN). It benefited from human activities during the Middle Ages as woodland was cleared, but changes in farming methods and industrialization, caused the decline or even extinction from parts of Europe in the 19th and early 20th centuries. In Albania the white stork represents one of the rarest breeding bird species, holding the status CR. It is threatened by electrocution and collision with electric infrastructure, habitat fragmentation, destruction, etc.