Meet Mujo, a local resident of Kurvelesh, who takes care of our supplementary feeding station 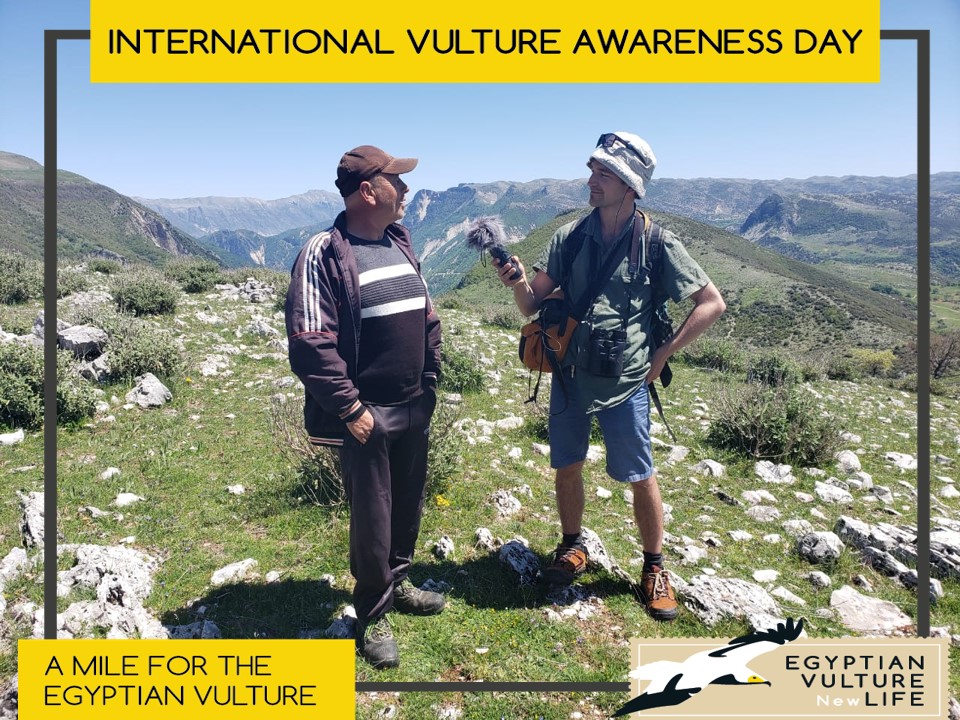 0
Beyond everyday work for ensuring income, Mujo, this local resident of Kurvelesh, regularly maintains the supplementary feeding station build by PPNEA. The Egyptian vulture brings him memories of childhood, a time when the population of the #magnificentvulture was far away from the danger of extinction, as it should be today.
“When we looked at the Egyptian vulture in the sky, we knew that spring had come” – says Mujo, who does not hide for a single moment the love for this species, which for him represents clear skies and the coming of spring. “I see it often” – says Mujo, “most of the time during mornings, but it’s not a surprize even in the afternoons!”
Now that the #magnificentvulture is preparing to leave, Mujo more than anyone will notice its absence. The regular maintaining of the station has connected him even more with the Egyptian Vulture, by bringing it food and cleaning its table from vegetation.
Mujo hopes that the Egyptian vulture will not abandon his village, and looks forward to watching it again into the skies, as he has done every spring, year after year. But, the population of this vulture is facing a large number of threats, which, if we do not act immediately, would cause the extinction of the last breeding vulture in Albania.
Stay tuned! More stories are coming from brave individuals working to preserve the population of the
#magnificentvulture.
Share on Facebook Share on twitter