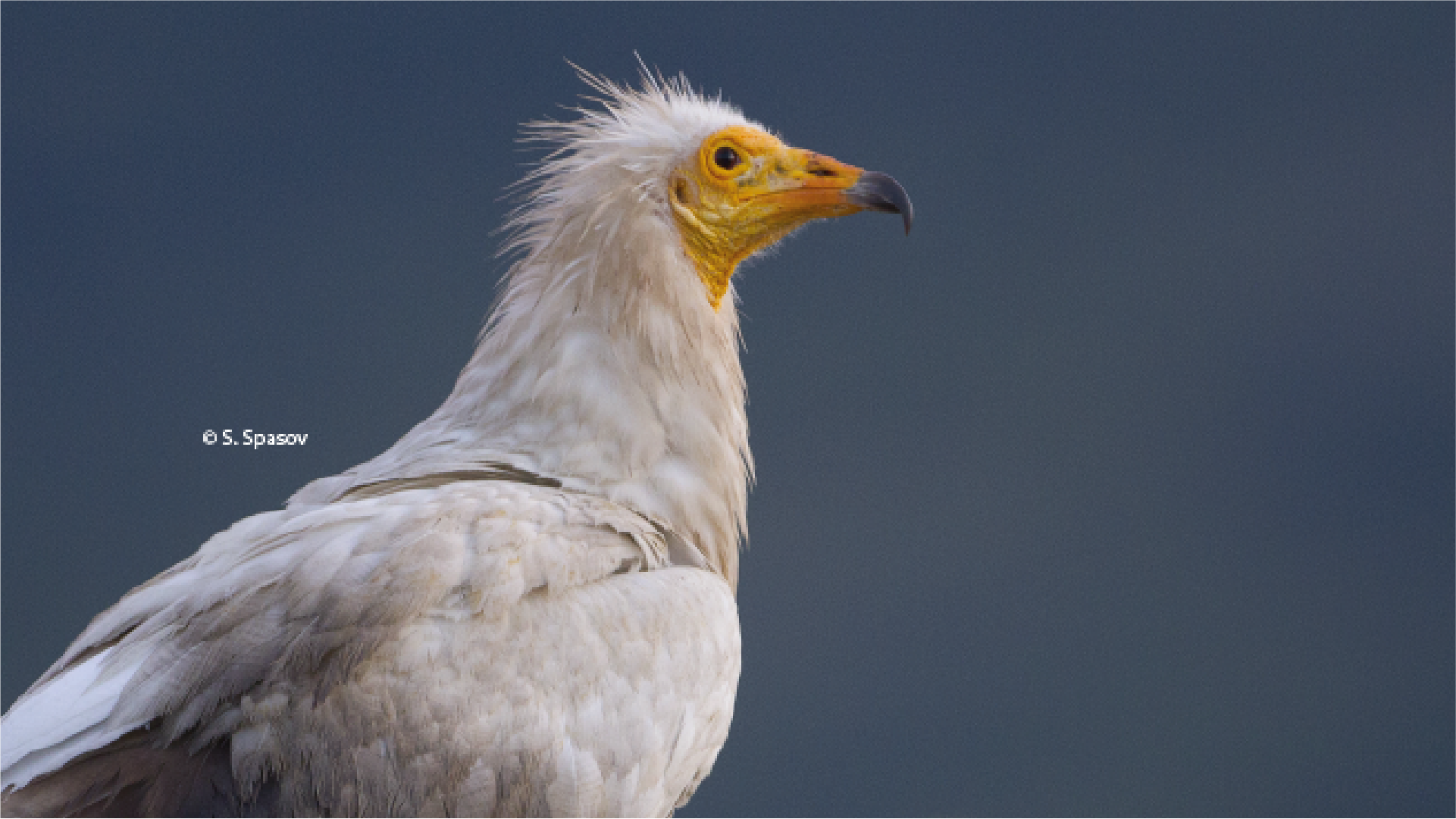 Project: Urgent Actions to Strengthen the Balkan Population of the Egyptian Vulture and Secure Its Flyway” (LIFE16 NAT/BG/000874)

To save an endangered species, the Egyptian Vulture, institutions and organisations from 14 countries spanning the Balkans, Middle East and Africa have joined forces proving that political borders do not exist in these efforts. All of them have united under the project “Urgent Actions to Strengthen the Balkan Population of the Egyptian Vulture and Secure Its Flyway” (LIFE16 NAT/BG/000874), abbreviated to Egyptian Vulture New LIFE Project, launched in July 2017 with financial support from the EU’s LIFE Programme.

The Egyptian Vulture is a globally threatened species and over the last 30 years its population in the Balkans has declined by more than 80%, with no more than 70 pairs remaining. The reasons for this can be found not only on its breeding grounds on the peninsula, but also along its flyway. Among the four vulture species breeding in western Palearctic, the Egyptian Vulture is the only regular long-distant migrant. Every autumn, individual birds fly over 8,000 km to their wintering grounds in Africa, and return back to the Balkans in the following spring.

The aim of the project is to reinforce the easternmost European Egyptian Vulture population by delivering urgent conservation measures to address major known threats at breeding grounds and also along the flyway. The project is building on actions undertaken between 2011 and 2016 through The Return of the Neophron project. The project objectives are in line with the aims of most recent strategic document outlining the conservation tactics to save the species: the Flyway Action Plan for the Conservation of the Balkan and Central Asian Populations of the Egyptian VultureNeophron percnopterus (EVFAP), as an integrated key component of the Multi-species Action Plan to Conserve African-Eurasian Vultures (Vulture MsAP).

The main efforts under the Egyptian Vulture New LIFE project will be targeting two key components: (1) Achieving a steady increase of the population on the breeding grounds in the Balkans; and, (2) Enhancing the context for conservation along the flyway and in the wintering grounds by minimizing loss of migrating birds, particularly mature individuals.

The Balkan regional component (Bulgaria, Greece, Albania, FYR of Macedonia) of the project involves creating vulture safe zones (free of poison and with sufficient safe available food) and developing the capacity and infrastructure to deploy a full scale restocking programme in the near future, considered necessary to rapidly halt and reverse current populations declines. The project will actively engage with national institutions to ensure appropriate legal protection is in place and being implemented effectively.  In addition, local authorities in rural settlements will be encouraged to establish controlled carcass dumps offering safe food for the vultures. The illegal use of poison baits is still an issue for all Balkan countries; hence, the project aims to replicate successful activities already implemented in Greece to raise awareness among institutions, stakeholders, and individuals affected with the aim of creating a Balkan anti-poison network. To eliminate accidental poisoning, the project will campaign to discourage the overuse of hazardous agriculture chemicals (e.g. by reducing agriculture subsidies to violators) and toxic veterinary drugs (e.g. prohibit veterinary use of Diclofenac and encourage use of alternatives). Read full project initiative here.

PPNEA is partner for the implementation of the activities in Albania, mainly on research and monitoring of Egyptian Vulture population in Albania and raising awareness for the importance of this species.