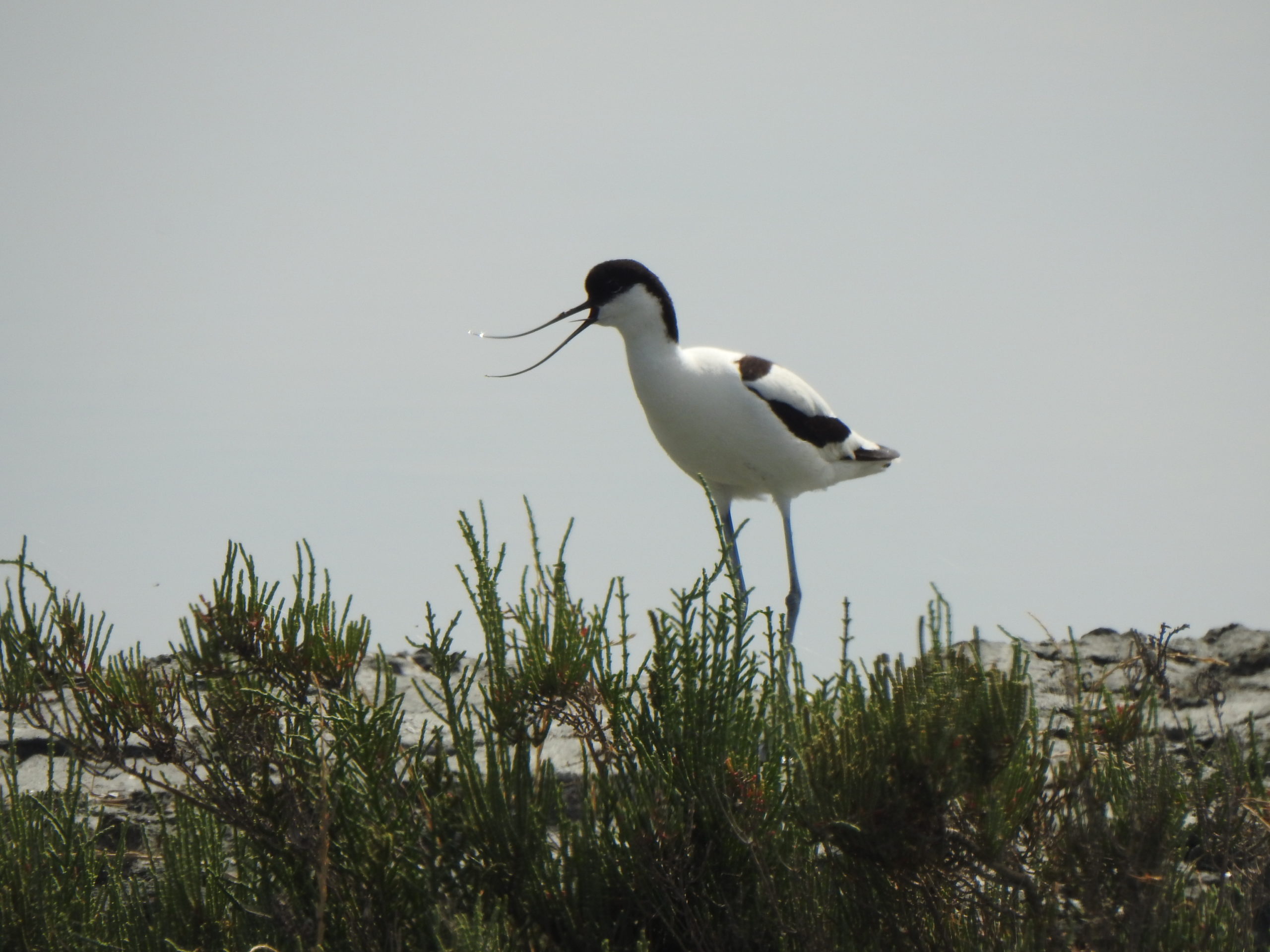 0
As part of the breeding birds inventory work in Vjosë-Nartë Protected Landscape, PPNEA has carried out an exhaustive monitoring in some of the habitats and for some of the species within this area. One of the habitats in which this methodological approach was conducted is the saline area, where all water birds were monitored. Today we are happy share with you the results of this process regarding Pied avocet (Recurvirostra avosetta).
A total of at least 495 and at maximum 525 nesting pairs were counted in the saline area. During this breeding season, the first eggs were layed at the end of April, while the first birds hatched around the 28th of May. However, in a significant number of nests, the incubation lasted until close to the 3rd week of June, while in a few nests it lasted even longer. 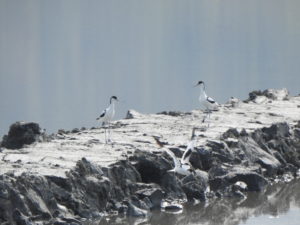 The Vjosë-Nartë Protected Landscape is the only place in Albania where Pied avocet nests in a relatively high number, which constitutes approximately 1% of the European population of this species. Furthermore, the Pied avocet has been reported as breeding, or potentially breeding in Divjakë-Karavasta National Park, where it is present with a low number of pairs.
These data show once again the importance of Vjosë-Nartë Protected Landscape as a key area for biodiversity, not only in Albania but worldwide.
This activity was made possible thanks to the support of the project “Land of Eagles and Castles”, funded by
Critical Ecosystem Partnership Fund. 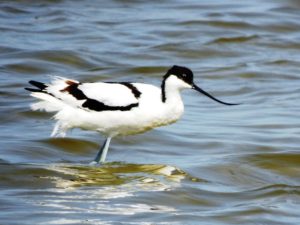