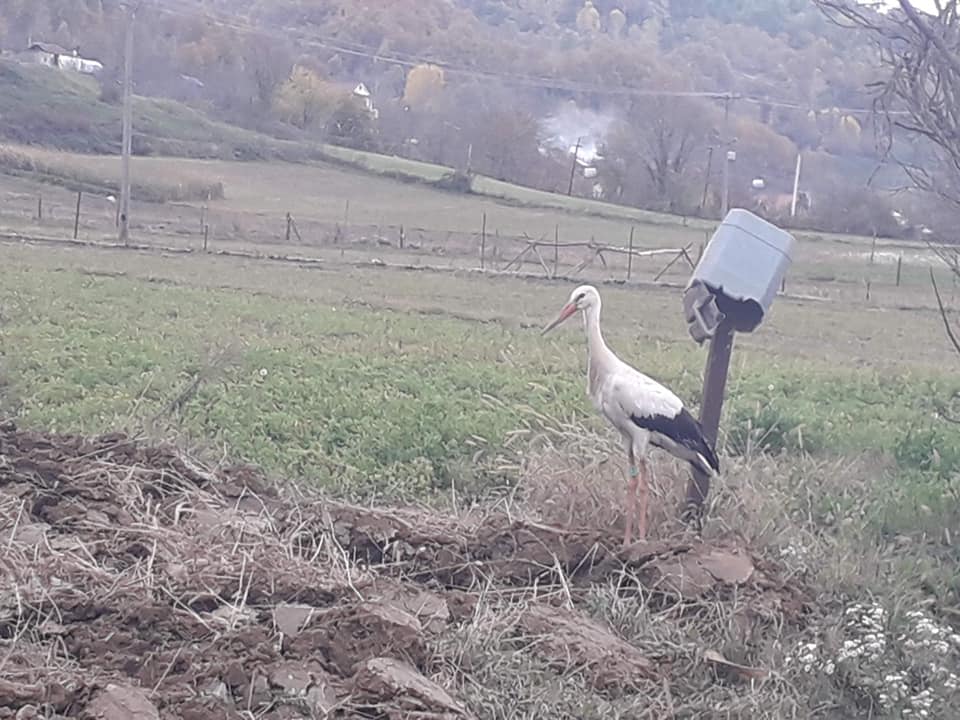 0
Yesterday, Mr. Danjel Bica from the Association of Young Environmental Experts, observed 2 individuals of the white stork (Ciconia ciconia) near Klos, in the district of Mat. Considering the late period in which we are currently, this observation presents an interesting case. One of the white storks was ringed and from the photos provided, only the color of the ring can be seen but not the corresponding code. From the research conducted, it results that this individual may have been ringed in Germany or Belgium.
In this case, it is of high interest to analyze what this survey represents. As it is known, the white stork is migratory species that breeds in our country. In spring it usually comes in March and leaves in autumn usually during August-September. Although technically, we are still in the period of passage of birds from breeding grounds to wintering ones, an observation of this species in November (close to the wintering period) is unusual.
Two hypotheses can be raised on this occurrence: the first and most likely, is related to the extension of the passage period of this species in our country and the second is related to the case that individuals from Northern and Central Europe choose Albania to winter. Both of these hypotheses are related to the climate change.
As for the first hypothesis, it has already been scientifically proven that climate change has brought about a change in the white stork’s migration period. In terms of wintering, it is common for this species to overwinter in Europe. However, this only applies to the Iberian Peninsula where white stork wintering has been reported since the 19th century, but in recent years numbers have increased. In fact, since the early 1990s, the species has been reported to be wintering in southern France, where the number of individuals has been growing to 1,200, as was the case in 2006.
In our country, there have been at least 2 cases of white stork wintering, and both reported during the last 5 years. Based on the above, the expectation of observing other cases of late passage or wintering of this species in our country increases. However, it is more likely that wintering individuals originate from the most northerly countries, as the white stork breeding population in our country has been observed to leave the breeding grounds in July-September.
If you encounter individuals of this species during the winter period, please see if they are ringed and keep a note of the color of the ring; the foot on which it is placed; the color of the digits, and at least how many digits the code has in the ring and be sure to report this information to us. 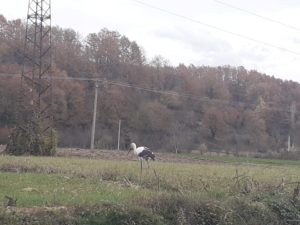 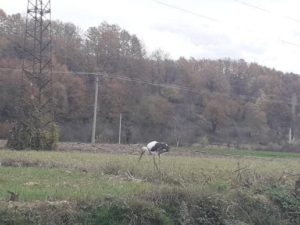