Vjose-Narte: From a natural paradise to a destructive factory for the environment 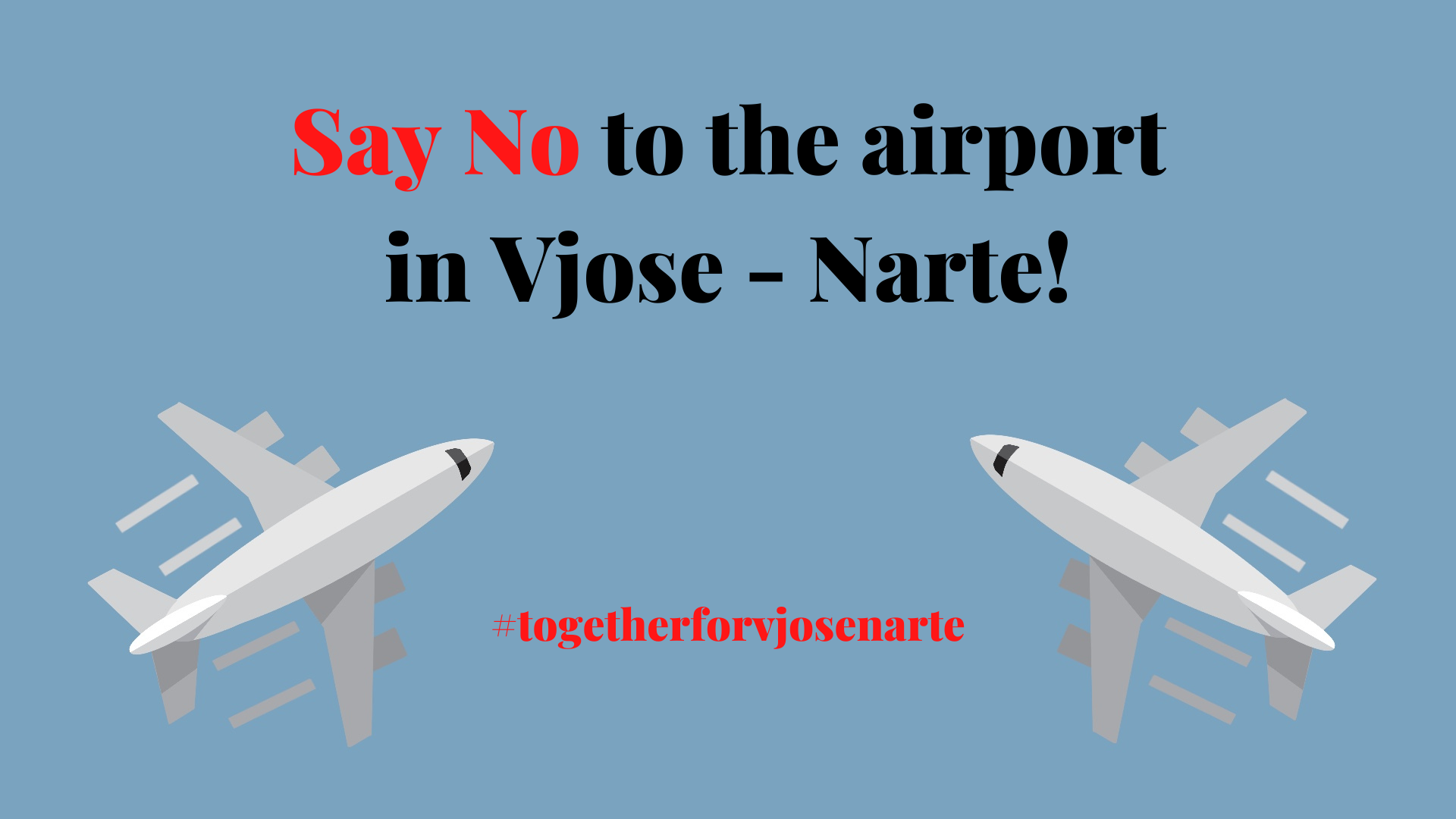 On the 5th of March 2021, the Prime Minister of Albania Mr. Edi Rama, through a live video on Facebook, discussed the journey of the Vlora airport, as well as declared “Mabetex International”, founded by Behxhet Pacolli, as the winning company. While the Prime Minister highlighted the case with a patriotic stance, many important aspects of this unprecedented developmental plan were hidden, such as its conflict with the law no. 81/2017 “For the Protected Areas”, as well as a large number of conventions or European directives. The negotiation of the contract started on Monday, 8th of March 2021, a process that will last for 30 days until the formal signing among parties. According to the Prime Minister, nothing can stop the contract from signing. He emphasized that geological, economic, financial and employment studies were undertaken for this project. Furthermore, he stated that “…let it be far that anything, which we do not know, comes up”, while listing as the only barrier the COVID-19 pandemic. Is it possible that the Prime Minister never heard of the constant opposition of national and international environmental organizations (open letter) against the construction of the airport in Vjose – Narte Protected Landscape? It is impossible! Our Prime Minister is ignoring the oppositional voices only to fulfil his plan, which will not serve neither to the local population, nor to Albania, but only to the interested parties, directly linked with this project.   The Prime Minister framed the airport as a “bread factory”, which will raise local’s welfare by generating thousands of jobs, because the airport “is not a bus terminal” as he stated. By producing this type of discourse, the Prime Minister is playing with the lack of jobs and poverty situation among locals, two problems never addressed by this government, as well as previous ones. Furthermore, the airport is not going to help on this stance, the local population will continue to be poor, while other will profit at their expense. You can witness this while visiting the village of Rinas. The local community continues to be poor, despite the proximity with the airport and, furthermore, they suffer the vast environmental pollution around their homes. “Mabetex International”, stated the Prime Minister, wants to leave its footprint in Albania, to help it prosper and develop. Unfortunately, this company and our government have chosen a wrong territory for leaving a footprint, because protected areas are being conserved exactly for this reason, to not allow anyone to alter their integrity. Vjose – Narte Protected Landscape is part of the National Network of Protected Areas. Its destruction will represent a wrong precedent for protected areas in Albania. In order to avoid large compensations for expropriation purposes, the Albanian government has chosen to destroy a unique ecosystem, which serves as resting and feeding site for a countless number of migratory birds across the Adriatic Flyway. Moreover, the conservation of protected areas is tremendously important for Albania’s future into the European Union. Their destruction will cause a further barrier to the integration process, which was mentioned also in the last report published by the European Commission for Albania on the 6th of October 2020 (page 106, paragraph 2).
Share on Facebook Share on twitter