EU has never before spoken more clearly: The construction of the Vlora airport within a protected area is violating the national laws and international conventions 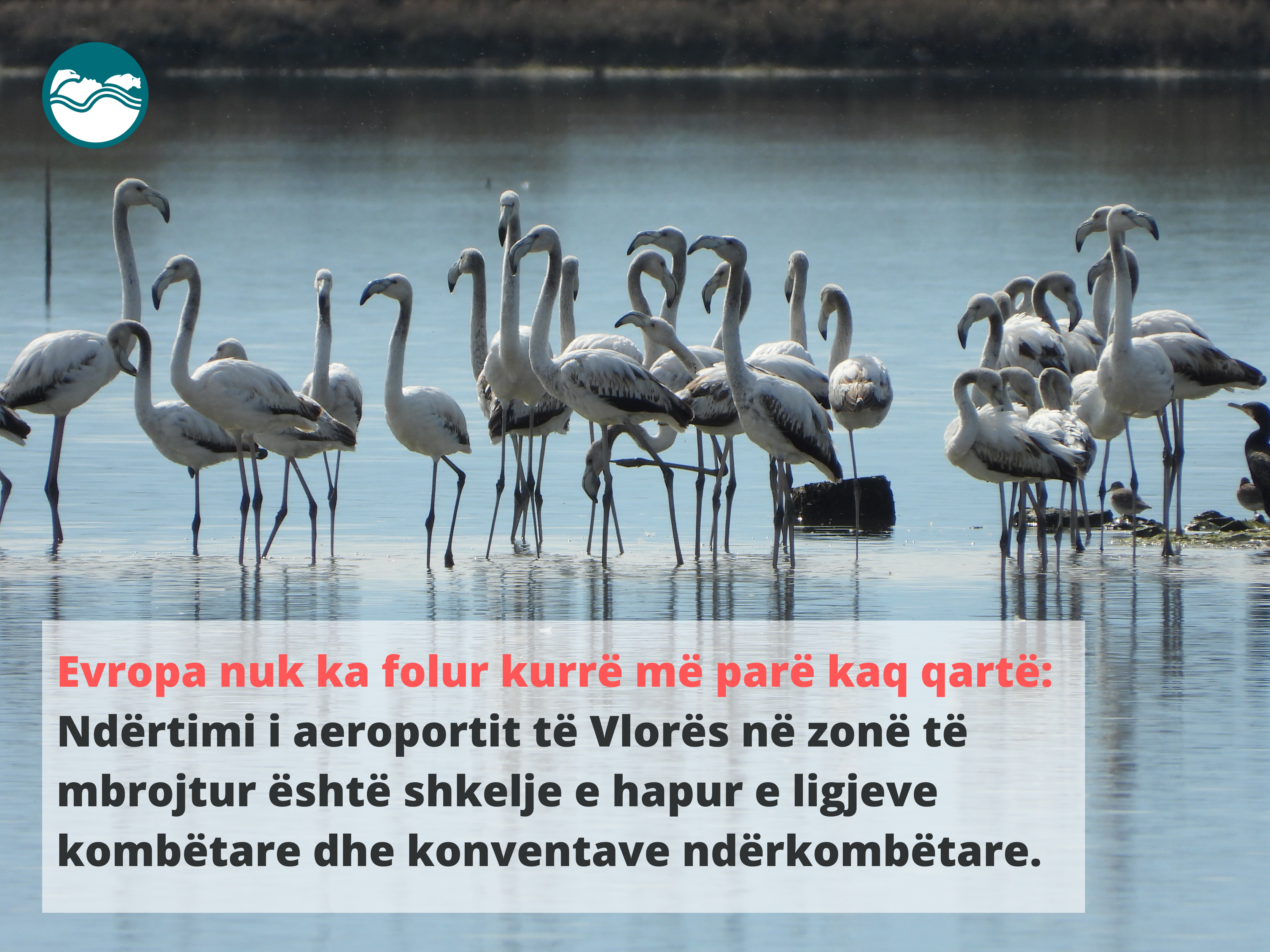 0
The last EU Report for Albania, released a few days ago, describes in detail the shortcomings of Albania in addressing environmental issues with great importance into the EU integration path.
The construction of Vlora Airport inside the Vjosa-Narta Protected Landscape has been considered by the European Union as a violation of national laws and international conventions. Also, the report emphasizes the granting of a proper status of the entire Vjosa River, which includes also the river delta, where it is situated the protected area Vjosa-Narta.
“In April 2021, Albania signed the contract to build Vlora Airport within the Vjosa-Narta Protected Area, in contradiction with national laws and international biodiversity protection conventions that Albania has ratified. This Protected Area is a candidate for the Emerald site network, which provides shelter to more than 62 species of birds listed in the EU Birds directive. Vjosa River, as one of Europe’s last wild rivers, should receive proper protection status”.
(European Commision, 2021, pg. 114)
While the language used in these reports is usually restrained, this time the message is more than clear: The decision-making for the airport is in complete violation of national laws and international conventions!
PPNEA urges the responsible authorities to withdraw the decision of the airport, which represents a step back for the Albanian integration to the European Union!
Read more at the report 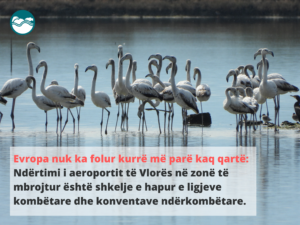